An argument for patience 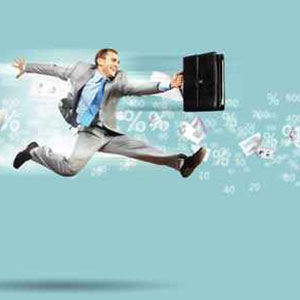 An argument for patience

Since achieving enlightenment in December 2016, barriers have dropped away that have enabled me to see the final connections on stuff that I just could never before.

Like I knew the details of the morphic field, but I couldn't quite see actually how it worked and the mechanisms and how it really all fit in. Now however I can put my mind there and within a while the answer just comes.

So at the same time, spiritual concepts have really made sense and I've really been able to apply them as tools. Concepts like faith, appreciation, patience, compassion, humility.

The most fascinating of these though is patience...

I've been actively applying patience as a tool.

So for example, I've been in a hurry (like usual LOL) to solve the money stuff.

So instead of letting myself jump in and start making something, like I usually do, some product to sell or whatever, I've forced myself to DO NOTHING.

I'm not allowed to start a project I haven't been committed to for at least 72 hours, but I am allowed to plan and shift.

Look I've really learned that these lessons now go in all sorts of directions and you really can't predict it - it's always something you don't see.

However, taking this week and unpacking and planning and thinking, forcing myself to be patient before I act, has allowed me to find the most unusual angles and insights.

I've not only (brutally honestly) seen where the issue is, I've unpacked an existing cosmic mechanism to circumvent it; one I never would have thought of.

So now, taking my own advice, I'm going to give this another 72 hours to cycle, and only take small, immediate, short term gain actions to keep me afloat.

In just the way that the angles and insights presented themselves after a few days, the way to utilize this info and turn it into something saleable, will also evolve naturally.

We tend to want to rush into stuff to see immediate results - from FOMO to instant gratification, there are loads of reasons for this.

However doing this with less pressure on myself has left me feeling more confident and secure - and more sure I've made inroads than ever before.

Instead of stressing and rushing to get a new project out, I've bypassed the stress and I can actually see an actionable plan forming.

So take a step back and a deep breath.

In any situation there are always short and long term actions and results.

Yes put effort into handling the short term stuff to keep yourself afloat, but delay the long term projects and decisions for a bit if you can.

We tend to confuse long and short term results, wanting the long term plan to cover the short term needs. This is usually not feasible.

Set yourself a timeline if you're not used to this yet - so if you have a major insight, set an alarm on your phone for 72 hours later immediately.

Once that alarm goes off, you have a reminder that you can action that thought or idea now, e.g. I can break up with my TF or I can call my TF or I can start writing that book on this topic.

Until then, you can only process and think about the insight and decision.

A journal helps so much and sounds so corny, I know.

All you're doing is writing down each thought as it comes, each statement. It's bullet points and pictures and doodles. No long paragraphs.

It helps you to put the thought somewhere safely - it encourages your mind to speed up the flow.

Importantly LET yourself get distracted during this time. Yes you read it correctly.

Those distractions are often the unseen answers you're looking for, e.g.

I've been working on money/survival and likability.

It's common for advanced journeyers to be perceived as prickly and arrogant and know it all, and solving this is as much about me making money as it is about the others hot on my heels who are about to face the same challenges.

So last night, out of the blue, I got a download about metaphysical roles. Good me, I typed it up and posted it immediately.

That led to a question and discussion on other roles and archetypes - raising the "trickster" and "hekoya or sacred clown".

We determined that these are subsets of alchemist, but the value was that this is the cosmic solution for the prickly personalities.

Not all of us are blessed with all-loving. With my particular gifts, all-loving as a belief is limiting, believe it or not.

One thing we do have in common is the trickster thing tho - prickly types are really funny if they show themselves. But they often stay hidden.

This then drew the lightbulb that I choose to stay hidden, which I realised I could remedy by doing videos again. I'm really serious when I write - really playful and kid like in person. I can show this on video.

And then BOOM! The big personal layer... I don't want to be seen.

Cue a whole bunch of active memories, a matrix from my father, meeting a new guide, and a few statements later I was shell shocked to realise how much I hide myself because I expect to be disliked.

I've dropped the resistance and belief now and have to wait for integration for the next part.

But to get here I needed to be patient, give it time, apply self discipline and follow all the leads - including the distractions.

It's been a week doing this, and I've made more inroads into understanding the money, acceptance, likability and being seen thing than I have in my life.

And that we can become holy clowns and playful is a real solution.

Reminds me of the whole evolution to laughing Buddha LOL (Is that redundant?)

The journey makes you serious and ego doesn't understand your perspectives.

Turns out we're just treading another already provided path to an existing solution, already catered for us.

God catered for everything, once again ;)

The more I understand of this complex and layered tapestry He's created for us to explore... just wow. God is great!