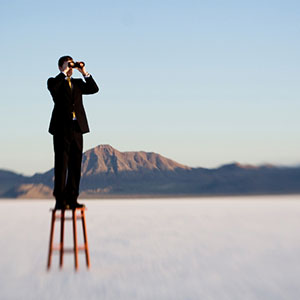 Okay so the same question from a lot of folks… what to do and expect the coming period. Especially for Twin Flames.

11 May to 20 June 2017 is the forty days in the desert - here you will face Lucifer/Satan, which is your own ego and dark. Don't make ego based decisions - follow the instructions you were given.

29 May to 12 June 2017 - Here we integrate everything that happened the last few weeks. Timelines are readjusting and merging.

All the healing work and manifestation you’ve put out over the past four years will start to apply. You can expect results from now - I’m starting to see them already. If you don’t see results wait until 12 June before you panic.

Suggestion for this period: remember all the things you’ve manifested and put out in healing, write them down and tick off the list as you start to see even small results. Keep a running log of every result, no matter how small. Even the emotional wins and releases.

Emotions for this period will be all over the place. If you remember all the sessions and healing work you’ve done and how many times you’ve flip-flopped on the issue… you’re going to experience many of those swings as this all integrates. After that it will all coalesce together for the final outcome result of all the combined energies you applied.

On 12 July they’ve shown me a turnaround date. In my case the patterns are that every ex has had a daughter with another woman after we split, and on this date, my ex-husband’s son is being born. So it may be a small turnaround, or it may be a big pattern interrupt like mine.

Suggestion: keep looking for all the turnarounds. The 180s on this shift are insane. At the start I wanted nothing more than to live with my Twin Flame, and now I can’t imagine a worse prison than his life: it has everything I DO NOT want it. Everything I never would have chosen, including my biggest bug bears.

Interesting turnaround to look for - expressing love vs creating love Twin Flames. I’m still unpacking it in detail, but I’m seeing the perceptions of roles change in some instances.

So expressing love flames are easy and effortless and maybe a little boring, and creating love Twin Flames are those where you have to build the love or relationship - maybe overcoming obstacles like one or both are married, long distance, young kids, job limitations, narcissist and empath pairs.

So where you had a relationship you were chasing or fighting for, look for the place where it’s the easier relationship now. Where it was easy, notice where it’s starting to crumble and you have to work to build it. As I said, still unpacking that one and just noticed it recently, but it definitely comes across as relevant.

In my case I went from expressing love to creating love, but it was subtle. I had thought I was the creating love flame because of the challenges, but the new information showed me where the expression was going - into creating the other relationship. So consider new info that has come to light recently and watch for these turnarounds. As far as I can tell it has to do with the timelines readjusting and things being put back in their rightful place…. LOL but as you can tell I’m pondering it.

I must admit - I love the way the puzzles work now. There’s about a 3 to 7 day lapse between the big questions coming to my mind and all the layers unfolding into the cosmic core stuff. It’s significantly faster now that I don’t try control the direction. As each thought arises I just let it happen, then I just record them in my journal (lol I tell you to use them because mine are so valuable for this!), let the layers unpack (and sometimes they seem totally unrelated) - and BOOM! 3 to 7 days later I suddenly see the core statement.

LOL…. the little snippets of experience are to make you hungry - not jealous. You too can have the wonderful journey of Ascension if you really, really want it. LOL I just found the already existing path :)

Okay back to timelines…. next date of relevance is 8 August 2017 - Lion’s Gate. This is Earth’s birthday and always a big date - loads of big stuff comes through on this date. Last year was the Return of the Father - this year the Return of the Mother. These recursions are what are impacting the changing masculine and feminine roles on the planet.

Don’t forget that the timeline adjustment is going to shake some of these roles up as well. So men that accepted the father role last year under that recursion may be affected by the timeline jumps and suddenly not be interested in the kids. If the father in question had a suicidal or depressive stage two or four years back approximately, you’re likely to see this happen. So watch for it.

Deaths and suicides are going to keep happening. There are souls to remove that aren’t mean tot be around - suicides that should have happened and children that shouldn’t have been born. It’s cleaning house basically.

What to do the coming period

Do NOT make any harsh or sudden decisions. Do NOT take any action - even if you are totally sure - until at least 3 days have passed. This is releasing in layers and chances are good you’re just responding to a current energy. If you’re wise, wait until end August. Yes really LOL - 3 months.

Do all your daily basics as often as possible please - especially Butterfly Releases. http://lifecoachestoolbox.com/index.php/energy-healing-shifting-basics-free-resources

Pray and meditate. And then… stop and listen. Listen for answers and insights and let the thoughts flow. Don’t edit them or judge them, just write them down. There’s time to understand them after you have the information - and get all of it. Often it’s layers that seem unrelated that build up to something bigger.

The push-pull effect. Okay Twin Flames…. if you are chasing a partner then you need to back off - physically and energetically. So it’s not just your actions back off and then you are stalking them around every corner and missing them… it’s changing your internal experience so that your energy really backs off.

The more you chase your Twin Flame energetically, the more you will chase them away. It’s hard not to do because you get frustrated and impatient and you want instant gratification, and you miss them, but you have to do it to give everything a chance to rectify and play out.

Once these energies start settling, and number of things could happen: your Twin could return, you could lose all interest in this person, someone new can come along, you could decide you are happy alone. There are always a million possibilities. Be open to that.

Suggestion: do a butterfly release, or imagine cords between you and your Twin and any other parties, and pull them all back. Distract yourself with other things and be genuinely busy.

If you sit and dwell on all this you will go into fear - just don’t. First thing that will happen there is you will MANIFEST that reality. Secondly you will make yourself emotionally depressed and land up feeling hopeless and powerless.

I do not often dwell on timelines

There’s a reason I’m doing all of this and mentioning timelines - because they matter here.

So much of what you are experiencing is not directly related to you - you just keep personalizing because you think there must be a reason in you that is causing this. Often there isn’t - you just absorbed an empath load from the morphic field.

Energies attract like energies, so the load you carry will be similar to stuff you’ve shifted previously. That’s why stuff comes up over and over and over again in variations - you’re attracting similar energies from the people and field around you and shifting them in your own life.

The energy is neutral - say control or anger. It just is and needs to be released. But inside your head you start saying Why am I angry? Then you look for a reason - you’re personalizing. You’re just shifting load and if you give it a bit of time it will pass.

Second reason is the timelines themselves:

There are very few days the coming period that we aren’t going through chaos. And this list doesn’t include other astrological events, moon phases or any other waves of energy.

It’s happening to so many of us right now. And then the joy surges are coming but they pass too quickly and there is just so much going on in the physical world that it feels overwhelming. Just plain way too much.

It will pass - but we have to give it time to play out. Not something anyone ever wants to hear. Makes me very grateful for my patience resonance lol :) Well patience with things spiritual at least :)

You’re going to be knocked around a bit the coming while - but stuff is also going to fall into place. Results are arriving already - and they will be soon if they haven’t for you. Good things are happening for you too.

Don’t take anything as definite the next while - let the layers pass. Sometimes you will go between the extremes twenty times in a day as these layers pass. Personally I did hundreds of sessions from varying points of view - that has to process through your system now.

So expect to flip flop and change your mind and just accept that it is not definite yet!

I love you all deeply and fiercely - don’t ever forget!