Walking your Talk & the Courage of your Convictions 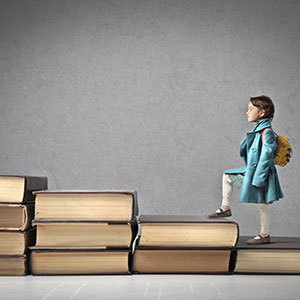 Walking your Talk & the Courage of your Convictions

So the theme for almost everyone I’m speaking to right now is, or is becoming, walking your talk. Pretty much what I’ve been talking about the last while LOL :)

It’s huge isn’t it? That fear of what people will think of you.

LOL - I have to admit that people’s fear of being labeled arrogant still amazes me :)

The answer to all of this is yes - and so much worse. That’s why they sent you all those life trials to prepare you to stand tall here.

This shit is difficult.

Standing up to humans? Difficult.

But here’s the thing…. this is the job.

This is a huge planet, and no matter what they’ve done in terms of building communication platforms, the way information spreads is still word of mouth.

The reason behind it is simple - people need to be communicated to at their level, in their language.

This is why ego mitigation matters - when you are clear with what the Holy Spirit presents in terms of content and you aren’t applying your own editing to it, then you can communicate with each person in a way that is most effective for them. Also the Holy Spirit knows better what to leverage in terms of creating the most growth, whereas your big picture understanding is limited.

Wings is a Great Example

Wings are something everyone seems to get - and when mine first came through I was certain they’d lock me up permanently. It took me a little while to be brave enough to speak about them in public - a full year in fact.

Yet every post I do mentioning wings there are a whole bunch of people that come back saying "I thought I had wings but I wasn’t sure! Thanks for confirming it."

That’s the power of speaking - you confirm it for others so they don’t think they’re going nuts. And as you release that conflict, the next layer of learning opens up for them.

It’s a form of alleviating cognitive dissonance until the changes we’ve made in the morphic field are permanent.

The Need to Teach

Past a certain point of the journey, there is no mentor or teacher who can help you anymore - so you become a teacher to learn.

You can’t lose a thought by sharing it. In fact the simple act of explaining it to another expands your understanding of it.

So each time you teach and simplify, you clarify and go deeper.

So the urge to teach and share arises naturally for ALL journeyers. For me, until I do the post, I often don’t get access to the next layer of information. I keep others around that I can share with for that reason too.

The level of teaching that you will do is determined by the shame you feel doing it.

One of the ways that teachers have gotten around this in the past is to say their work is channeling from another spirit. So Mother Mary or Archangel Gabriel or the Plaedians say…

Again - this is just a form of shame and fear of external validation. The point of what we’re doing is to create a space where souls can walk freely and be themselves out loud - without needing to hide behind others.

All journeyers battle mental illness of some sort.

Here’s an article for you to read: http://lifecoachestoolbox.com/index.php/why-are-spiritual-people-often-depressed-and-suicidal-the-link-between-your-spiritual-journey-and-mental-illness

Depression is caused by personalization and projection on the ego scales. Privacy often plays a role too. In fact it’s all Ego here, and at the core of it is always a throbbing self pity gland.

Suicide is a result of cognitive dissonance. We can’t align our internal vibration to the field, or manage the cognitive dissonance, and so it becomes too much and we give up. There are other factors around suicide as well, including that earth is a plane of death, and we feel that pushing in sometimes. Also we’re okay with death. We know there is something better waiting.

Bipolar is the emotional numbing on the ego/spiritual journey. You need a deeper low in order to force a high, because highs are contrast experiences after the low you’ve survived.

Schizophrenia and similar are new abilities coming through, like clairaudience, hearing thoughts, receiving visions. The problem is these souls are so deep in Ego that they view every mirror they see as a demon - you need to clear them at the level of Ego first.

Epilepsy is similarly abilities coming through and big downloads of information that cause shifting overload. The seizure is the brain resisting the info. Epilepsy is a lighter form of schizophrenia in this regard, often with less Ego involvement. Epilepsy is more likely to occur on active spiritual path while schizophrenia affects those bogged down by Ego.

Alzheimer's and dementia are an unwillingness to accept or let go. Most often these people are stuck in a prime period of their lives and have never accepted a loss. It’s a form of denial. Again cognitive dissonance - what they want is misaligned to the reality they see and they can’t accept it.

Simply confirming what these people are experiencing gives them the faith that prevents the mental breakdown.

In order to do that you need to talk to them - word of mouth.

It's not easy and won't get easier!

In fact, for a while, as we turn enough souls on, it will get more difficult.

It really bites like a bitch when you start getting tests involving people who you thought were firmly in your corner.

But stripping everything means everything - you only delay the process by holding onto stuff.

There’s no getting off this carousel now - the work we’ve done the last while has triggered the major shift and we’re into this.

We have five years of uphill battle ahead of us and as we show ourselves and the human ugliness peaks, we could very well be facing issues like being attacked and murdered for the arrogance of daring to say out loud we represent the cosmos and God.

This isn’t child’s play. Just look what the humans did to Jesus.

I'm a big, bold voice and I still get scared

I’ve been practicing for years, and there are still moments I avoid the comments and backlash.

I still get scared - and I have to be brave enough to say everything first, on public forums, to thousands of people - and then write articles to even more.

Care to guess again why I disappeared for a few months and almost gave up? I didn’t think I had the strength to do this. I didn’t think I was good enough. Honestly I felt like a disappointment to God - especially because we were all so stuck.

Were it not for the miracle of deliverance that revealed the missing info - and it was a direct instruction from Them to google something - I would probably have taken every teaching down by now and shut all my accounts.

Practice - walk your talk - tell the truth - have the courage of your convictions.

Part of what you’re experiencing is the cosmos looking at and judging these people through you, and then leaving their anger, emotions and disgust behind in your body. This is often where the unknown anger stems from. They can’t take emotion back with them, so they leave it for you to process as an empath.

Don't miss the adventure you've waited your whole life for!

You have lived and chosen this life in order to be a part of this massive revolution - don’t miss out on everything you worked so hard for because you’re scared of a few puny humans.

I promise you that on the other side of that is a liberation that is way greater than any limitation earth makes you feel.

You deserve this - even though it’s not easy. And once you break through this level, there is so much wonder waiting on the other side.

Don’t let a few loud and angry humans scare you off from being a part of the biggest revolution this planet has ever seen.

It won’t be easy but I promise you it will be worth it.

Just remember what we’re fighting for and what the future can be.

I love you fellow light being.

Be strong and shine bright.