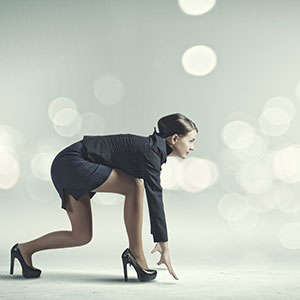 So if you don't know what Lent is, it's 40 days of voluntary sacrifice of something to mark Jesus's 40 days in the desert.

This year, Lent runs from Wednesday 14 February, to Thursday 29 March, the day before Good Friday.

The rules of Lent are that you sacrifice or give up something that will be difficult for you to give up.

There's no point if you don't feel the sacrifice.

In general, the rule is that the sacrifice applies every day, except Sundays. So on Sundays you're allowed to have the thing you sacrificed.

So for sacrifices like foodstuffs, you can have the forbidden item on Sundays. We're doing this with milk and bread this year.

Why milk and bread? Well Jelly already hardly uses milk, and I hardly ever touch bread, so we picked something that we be difficult for each of us.

However our second sacrifice, which is shaving, won't work if we allow ourselves to shave on Sundays.

The point of giving up the shaving is that NOT shaving and having hair growth will drive us nuts - a week's growth is just when it's starting to get really irritating.

So for this sacrifice of shaving, the last date I'll shave is 13 Feb, and I'll only shave on 30 March again.

IT WILL BE DIFFICULT TO DO THIS

It is MEANT to be difficult to do this! That's the point - you must FEEL the sacrifice.

For us, we have picked things that have some spiritual reference and are personally difficult for us.

So the bible contains limitations on shaving body hair - this is usually only done when you have dealt with the unclean. Samson was forbidden from cutting ANY body hair he had, ever. It was part of the promise his mom made to God when she asked for a child: no cutting hair, no grapes or wine, and he was never to touch a dead body.

Bread and unleavened bread already have religious reference around the Easter period anyway, and milk and meat can't be mixed in Jewish dietary practice.

Even though it will be difficult - the point is to do it with a joyful heart.

Yes it will be difficult - accept this and do not become downheartened.

ENJOY the trial and difficulty.

Every time you feel annoyed, feel the desire, use it as a reminder of what has been sacrificed for us, and see it as bringing you one step closer to God, to the realisation of your Self.

As you go further into your dark night, you will have to sacrifice more and more - this is great practice to get you into the habit of accepting what is taken away and lost.

Loss always feels terrible when you go through it, but the rewards of an exercise like this are huge.

I strongly suggest you consider participating in Lent this year - it will be a massive boost for you, no matter the level you're currently at.