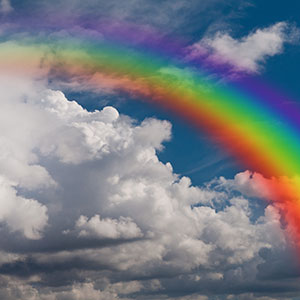 There’s a vision They keep showing me – Jesus in the garden of Gethsemane.

In that parable, story, recount, whatever you want to call it, Jesus prays to God. He doesn’t have a dialogue with God, God doesn’t appear in a burning bush, or holographically project himself… Jesus prays.

The whole thing is a monologue of Jesus’s experience and prayer.

When I was watching the Buddhafield documentary, there’s a section where they speak about this amazing gift of Knowing (Knowing God) that the leader would bestow on a select few – and those that experienced it experienced a major light show and had acid like trip experiences for days afterwards.

Those that didn’t experience it felt very slighted, and were actually the first to start denigrating their former leader and calling him a control freak and narcissist.

But Jesus didn’t get a light show – he prayed. Buddha doesn’t talk about out of body otherworldly experiences – he says meditate and pray. That’s what he did.

First, the light show you’re demanding takes energy to produce. If you’re expecting stuff like that then the effort goes into the show and not the content, and you’re often so dazzled with the show that you miss the content.

Also it takes a lot of practice to accept big changes immediately – that’s exactly what a miracle is, and that’s a point we work towards. Accepting a light show like that is the same as accepting a miracle… why put the energy into your entertainment instead of your growth?

The second issue is that these souls were reliant on the leader to give the experience to them… the magic silver bullet that would fix everything for them without them having to do all the hard work.

The only way you progress on this journey is consciously and under your own steam. You have to want this because it is a personal experience with God. No one can give this to you!

So for the purposes of illustration and simplification, we’re leaving Lillith out of the picture okay?

So God (YHWH/Eros the Creator) leaves primordial creation to come create earth plane because he has mistaken the urge to oneness for the urge to be alone, and complete alone.

This is the beginning of the end really, because he is turning the tide back home, but in order to do that we have to play out the peak of separation first, which manifests in the plane of separation he creates – Earth.

At first, God only creates man – one man – in HIS image. This man is left alone in the Garden of Eden because of God’s desire is to be complete alone (badly aspected urge to oneness).

But this man is NOT complete alone (which also the top of 3D evolution btw), and wants something more – a companion or partner.

So God creates Eve or woman – and that is the obvious recursion.

God created MAN in His image… so when MAN asked for company, surely God would have created another man? Friendship can be fulfilling enough, we all know that. Maybe more so than love.

He doesn’t because he knows that something is missing, and so he creates woman and introduces the idea of sex.

There’s no way he would create something so completely different unless he had seen that model somewhere already… primordial creation.

Humans could have been created asexual, genderless – God had all the power. Or did he? Was he limited to only creating mirror images? It seems like it.

Even in the Lillith story, the aspects of free will and control play out… Lillith refused to be subservient to Adam and left him, refusing to return to the Garden of Eden after she had mated with the angel Samael.

God couldn’t control women…. that’s why he left creation in the first place.