The Age of Aquarius: Expanded Understanding 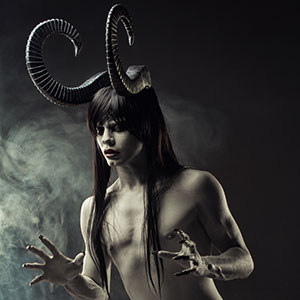 As the Age of Aquarius (finally!) dawns, many of us around the world are experiencing new leaps of consciousness and awareness and we’re finding ourselves feeling smarter and able to process and understand quicker – even if we aren’t necessarily seeing the results yet.

So what could the Age of Aquarius mean in terms of this expanded understanding and consciousness – and how can you use it to your advantage to help you now?

The way that I’ve best been able to explain the expanded scales of understanding is that it’s like waking up one morning and finding out that you can see three new colors. Not only that, but there are fifteen new shades in every existing color you already know.

The Age of Aquarius is partly about knowledge expanding – it’s about getting access to new levels of information. That’s what we gain as we move into the next dimension.

So, for example, a being from the seventh or eighth dimension may contain qualities that are normal to them, but seem God-like to beings on this dimension. It’s just that their scale doesn’t end at Physical, Emotional, Mental & Spiritual – it has super Spiritual and other levels above that that we can’t even comprehend yet. These beings likewise look up to ninth and tenth dimension beings as being God-like, and so the cycle continues.

We’ve seen this kind of change before on Earth, with the elements scale. Look back to the time of Chinese Medicine and the scale was water, earth, fire, metal and wood – only the elements they could tangibly touch and experience. As time went on, and we became aware of more ethereal pursuits, metal and wood were dropped and air was added.

This expanded awareness is bringing into our consciousness new levels of learning and development that have always been there, we just haven’t had the brainpower to wrap our minds around it - kind of like society that realized that the intangible air they couldn’t touch was an element too.

If you haven’t read Spiral Dynamics and are into growth, then you have to add it to you must-read list.

Spiral Dynamics is a framework that proposes a staged evolution of individual development and shows how that is paralleled to societal development. Each of the stages is known as a meme, and all the memes alternate between an ‘I, me, mine’ focus and a ‘we, us, our’ focus. If you think about your own evolution, the idea that we alternate between externally and internally focused actually makes a lot of sense.

Earth’s plane feels like it’s been in a very ‘I, me, mine’ focus for a long time now, and this is supported by the doctrines and ideologies we have floating around this planet. Look at the beliefs we purport: love yourself first, the highest realization is the complete love of the self, the highest form actualization is to be completely alone, without the need for another.

This self-centered view has definitely contributed greatly to many of the issues and problems we face at all levels today – and I think that’s part of what changes with the Age of Aquarius. The Age of Aquarius will be about loving another and creating unity through externally focused love. We might not see the results in our lifetime though.

I really cottoned onto the whole externally focused love thing while trying to figure out why my energy healing sessions weren’t working. If I got me right, my partner was out of sync; if I got him right, I was out of whack again. What that lead to was discovering what I’ve termed conflicts, complements and dualities.

Basically conflicts, complements and dualities are healing issues that cannot be healed only within the self – you require your twin flame so that you can heal those things within yourself and them, at the same time.

You’ll recognize these kinds of issues first because of the yo-yo effect where one of you gets thrown out of whack the moment the other is okay. Often, you’ll find that they complement each other in weird ways, like you have to take the majority of the belief system out of one partner and then only one belief out of the other partner.

From what I understand so far, these extremes that get balanced out are so extreme that when combined with twin flame creation energy (some of the most powerful creative energy in the universe), they create a zero point energy that is completely neutral. As each small burst of this energy is released onto Earth’s plane it will, over time, balance out the chaos here. That’s why there’s so many of us twin flames on the planet right now.

If you’ve been battling to get breakthroughs on issues and healing hasn’t been helping, then try working on all the issues across your twin flame – even if you only call the soul energetically because you haven’t met the person yet. A good BodyTalk or Resonance Repatterning Practitioner should be able to help you with this, and there are experienced distance practitioners listed here: http://bit.ly/lctpartners

A New Lesson of Love

At the end of the day, this is good news. There’s a new lesson of love coming, and when one the lightworkers gets brave enough to step forward, probably a new Messiah too.

The planet is going to heal, the Age of Aquarius is birthed, and there will be a new way of thinking and being and doing that will evolve and unfold quite naturally over the next few decades on earth.

It is chaos to go through now, and because the thoughts and ideas have been so far from what we’re used to, they’ve been difficult to birth and wrap our heads around. The fog is starting to clear though and information will start to come through that will help you and make it easier for you to process and understand the lessons.