What Happens When You're Stuck In a Shift? 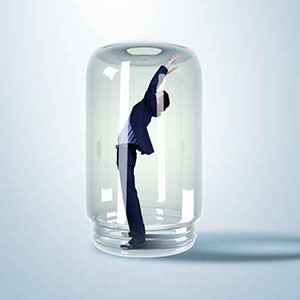 For those of you that are working on your stuff long term and ongoing, you'll have noticed that when you are working with something big or a lifelong pattern that you'll often get stuck in the same place.

Every single shift and release battle that you fight is an ego battle. The ego is the thought that you are separate from God and holds on desperately to its arguments around the issue you're working on.

When you reach the point where you are repeating the same statements and thoughts over and over again, you've reached the end of the Ego arguments - but you are beginning the Ego battle.

This stage can go on for a long time - weeks and months in fact, and it's down to how quickly you accept that it's an Ego battle.

One way to work with it is to keep cycling over those statements and thoughts, but write them down.

keep a notebook with and write down every thought as it comes up in your mind and store it safely on the piece of paper. This allows the next ones to unfold more easily because you're not trying to remember them in your head.

You can also look for the most loving response and push yourself to align to that. e.g. Someone is in love with someone else? Bless them both and choose for their love to bloom.

You can also call on the Holy Spirit and your guides to help you.