Past life and karmic memories in healing 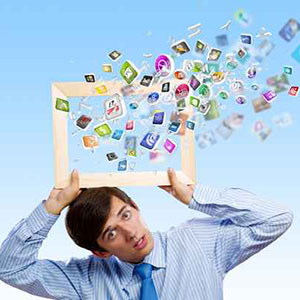 Past life and karmic memories in healing

There will come a point in your evolution when you suddenly start receiving past life and karmic information.

It can be a fair shock when this happens, and often you’re inclined to disregard it. So the first rule is: DON’T disregard it.

If you get a sense that you are feeling something totally different related to a past life: go with it, don’t reject it.

The point of this article is that it is the validation you need to elevate that hint of information into a usable skill. So if you get that inkling, or intuition, that you may be sensing past life info, follow that rabbit hole.

The info arrives in many ways

Dreams can be common for some, while yet others will just get the thoughts at a distance. This is a nice way of remembering, because you remember the pattern and info and you don’t connect to the pain.

Others however will get visions which can be hairy, because if it’s an ugly thing, you’ll see it happen. Sometimes the visions come with sound, or the sound comes alone. Yet others will feel the emotion of the experience as if they were there in person.

One thing that can happen is that you get a sudden rush of emotion around the person, sometimes not suitable to the experience or level of relationship. A personal example of this is when people fall suddenly in love, or feel suddenly involved with someone inexplicably. Or when they get angry but the anger is not appropriate to the perceived infraction.

Basically the past life connection triggers an accelerated intensity of emotional attachment.

Sometimes the memories can be very hairy

If I’m honest, most of my past life memories have been rather gruesome or shaming at the time.

People tend to think of great and famous historical figures, but most of the time you don’t get names or intense details, just enough for you to raise this to awareness so that it is released.

Consciousness means raising the information to awareness to release it, and knowing consciously is usually enough for that to be processed.

Sometimes however you will need help releasing it.

You’ll know this if it keeps repeating at you, or is particularly gruesome and it doesn’t go away.

You have to use a little discernment here:

Sometimes, especially in the beginning, when we have these experiences, we WANT TO hold onto them consciously, because, let’s face it, it’s exciting to finally get to a point where you’re doing this for yourself.

Your ego loves the info, and you experience awe and admiration, and so you go back and think about it for a few days. As you accelerate your journey you’ll find that this is actually a delay tactic of your ego :)

However, there will be times, especially if the memories are gruesome (I’ll give some examples below), where it keeps haunting you and you’re not sure you have released it.

If you’re NOT SURE if it’s released, definitely go for help. A shaman, body talk, resonance repatterning, reiki will all work well. Most advanced practitioners will be able to help you, many at distance.

Some examples of hairy past life memories

The point of sharing these is to prepare you and validate your experiences.

Look back on your life, and many of the memories that stand out will be your traumas, because this is what is unreconciled. Past life trauma, or karma, is no different. You hang onto what has hurt you.

Extrapolate that and you realize that everyone that comes into your life with karma was someone who was a pain in the butt in a past lifetime LOL :) So why are we always so excited when this happens? LOL

Most of my past life memories have been of me being a horrible person or dying.

In one, I abandoned my son after his father died, partly because the son was a difficult and evil child and he scared me. In that life I went on to become a prostitute and eventually brothel mistress. The child in that lifetime was my father this lifetime - and let’s just say he remembered subconsciously that I’d abandoned him. But once I got this memory, all attachment to my father was gone.

In another, I was a mistress, involved with a married man, who had a child with someone else, and I stayed for a lifetime as his mistress.

Many others have been death experiences.

The first was remembering a death scene with a young boy. I’d had him after being orphaned and taken in by an older woman. The young boy was also my father this lifetime.

The next was a death scene in which I was a crippled boy of wealthy family who died of exposure/pneumonia after running away from a very cruel father. I’d had lifelong pneumonia and bronchitis issues that disappeared after this. The father that lifetime was the first romantic Twin Flame I met during this lifetime, and that karmic memory release enabled me to break away from him enough to move on with my life without him.

The next was remembering I was murdered by being thrown off a cliff. This caused a knot in my stomach that had given me lifelong tummy issues. It disappeared after the memory came to awareness. The murderers were my bosses at the time and I left the company shortly after, finally finding another job after endless fruitful searching.

Another was my first memory of another planet, and in it I died in a war that our planet was not equipped to win, and died from an injury to the back of my head. Until then I had always had these headaches where my head felt blown open - after this they were gone.

The latest memory, which led to this post, was very brutal and gruesome, and the most vivid I’ve had. It’s a memory of dying in a metal bull during the Spanish inquisition. They would put people in the belly of the bull and light a fire underneath it, broiling them to death.

This time comes complete with visuals, sounds of screaming, actual real time memories and has whacked me hard. This one I required help with releasing. I could’ve probably got there on my own, but why do that? Way to gruesome to keep reliving and hearing.

This one did make me literally sick to my stomach, and is related to these terrible heat related headaches I’ve gotten during my life. Immediately after the memory came, I got another one of those headaches, complete with throwing up. I’m hoping this release means the last of those headaches.

The memory also explains why my body doesn’t release heat properly and why I don’t sweat. Wondered about that all my life. Looking forward to being able to maintain heat balance in the future LOL ;) Cos it’s not like I live in a ridiculously hot country with primarily summer temperatures or anything lol ;)

The process of believing these things when they happen for you is about building faith, and it will happen in baby steps.

Also remember to look out for the results after the fact, as this validation and confirmation will also significantly boost your faith ad healing ability.

So if you get that inkling, go with it. Trust yourself and build your ability to receive flow step by step.

And shout if you need one of us to validate it for you!

The quicker you validate, the quicker you integrate and the sooner you start operating from a level where you can receive more info.

Be prepared that karmic stuff is often nasty and gruesome, because that is what is unresolved. I mean it would have to be a pretty big emotional pain in order to echo across time to another identity if you think about it logically.

And if you’re here… congrats! Always a nice level to reach. Open yourself to it and you will receive so much more - including about other people. And it all doubles up as intuition training as well.