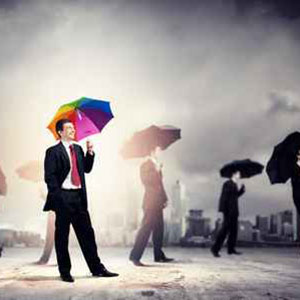 Like so many lightworkers, I’ve been sitting here for the last while, thinking “what next?”

And then because I’m me, I’ve been looking for the patterns and mirrors as well, especially around our reluctance to engage with the 3D world again.

It feels like a phase has ended definitely - and we’re starting a new phase now… and no one really seems sure where to go.

It’s at moments like these that I think to myself… THIS! This is why They don’t tell us what we’re signing up for LOL.

So if you’re one of the ones questioning your life and reality and wondering what to do next... then take a number, you’re in good company.

And one of the major roots of the challenge we face is people… the VERY people we’re here to save as a matter of fact.

It’s worth noting, right now, the differences between humans and humanity.

By humanity we mean the race of beings created by the Creator, including all present beings, as well as past and future beings. It’s the collective of humans across time.

By humans, we mean the actual skin suits inhabiting the planet at the moment - whether those beings are souled or ensouled.

So when we speak about humanity, we speak only about the ensouled beings created by the Creator across time, and not the other kinds of beings present on Earth plane.

When we speak about humans, we mean dark and light beings currently inhabiting skin suits on Earth - the ones we have to deal with right away.

One of the reasons that it’s worth noting this difference, is because it’s actually one of the things that’ll keep you sane… we’re here to save humanity, not just the humans we see before us right now.

The second reason is because I will probably use the terms as I write later on, and my limited mental capacity is trying to hobble through some planning ahead LOL ;) I feel so slooooowwwwww right now ;)

So yes, on the humans…

We turtle and isolate, shift through a whole bunch of layers, and then we feel strong enough to venture out into the world again… and we find that people are worse than ever before.

If you’ve actively been on your journey a long time, say over 5 years, this fact is going to confuse you badly, because you’ll be used to the fact that stuff used to get better once you’d shifted, and life was easier for a while.

Now though, stuff seems to be a little worse when you come out your hidey-hole - and not always in ways you can directly pinpoint.

So the first pattern you’re missing is that we’ve ALL accelerated in growth over the past months since May, but some have accelerated in the opposite direction.

All the lessons are sliding scales you see, and for simplification let’s use dark and light.

So before when you gained a point on the light scale and went back out into the world, people pretty much had stayed where they were on the scale.

Now though, even though you’re moving 10, 20, 100 points up the light scale during your periods of isolation, by the time you return to the world, those on the darker ends have become equally darker.

If you paralleled each of these aspects (light and dark) in isolation, you could say that the light cancels out the dark and so you should be about par where you were before, but it doesn’t work like that, because it’s a scale.

Where before there was a gap of say 50 points between you, the growth you’ve both experienced means now there’s a gap of 100 or more.

You don’t understand their world - and particularly not their desires - and it’s almost a shock to your system every time you walk out the door and see the way that people live.

The more you step out of drama and drop your mirrors (i.e. get the lesson so that you can’t “see” yourself reflected in that energy anymore), the more you realise how petty and stupid people are, and how they create their own drama, if only to have a reason to have the relationship and make contact.

And then you go a little further and you begin to realise that every relationship you’ve ever had, every bit of attraction and love you’ve felt, has been a mirror energy.

And if you think I’m wrong, think back to when last you made or received a phone call from someone you’re in a relationship with, where you DID NOT say or hear: “…the reason I’m calling is…”

Our relationships are built out of REASONS to stay in touch and call and connect and communicate.

Basically you’ve been realising that all your relationships are built out of obligation and expectation - and meeting other people’s desires so that they are IMMEDIATELY happy.

And you just don’t feel like playing that game anymore - or participating in a world that operates like this one currently does.

You can’t see a future that you want in the world that they’ve built - and I’m willing to bet authority, rules and bureaucracy are beginning to get on your nerves. It’s like you can’t move without being regulated anymore.

For years we hid away in our little corner of the world, but lately we can’t even do that, because we’re being censored. We’re not seeing posts, getting locked out of our accounts, not seeing notifications and responses… and that world that we’ve tried so hard to ignore is now impinging on our safe little turtle zones of isolation and hermiting.

We are citizens of the world?

We want to participate and live and celebrate… but there’s no world, country or even place for us to do it.

And you can’t turn knowledge off… you can’t unknow something. And you know what the world really looks like - you’re truly starting to see it.

You know what the system looks like and as you drop mirrors, you just don’y buy into that BS anymore… and when you speak up about it, you feel even more isolated and alone, because you rarely run into people out there who mirror the world you know is real.

So you feel that cognitive dissonance of trying to fit into the world, and then you begin using your experiences to shift those issues, hoping to be able to create more equilibrium in your relationships.

But that doesn’t work because each time you do, you increase the gap on the scale and you experience even greater contrast… it’s a vicious cycle. No doubt.

So for sanity, you might want to remember this:

Power to the people - stick it to the man.

And if you want to see what happens when you do serve ego desires, Bruce Almighty with Jim Carrey is a good movie to watch.

This IS the Ego battle…. will the humans choose to serve their own selfish desires or will they choose for the good of humanity?

For us it’s a no-brainer… and that’s why we’re already in this side of the fence.

And as time passes, this becomes even more of a no-brainer, and we keep being shocked that so many people have gotten so much worse, each time we step out into the world again.

Jesus and Muhammed and Buddha didn’t know what their battles would look like - and likewise neither did we.

Ego is the Enemy

This Ego problem, the selfishness and self serving attitudes, the expectation, instant gratification and unbridled desire that we see in the world - this is our enemy.

This is Ego, the hive mind of Satan. This is the very dark we’re here to fight… and it’s horrible and exhausting to face.

We’re seeing the ugliness of the world, and how all of that ugliness is caused by the decisions man makes under his gift of free will.

We’re seeing control and authority structures that impinge hugely on our God-given free will, and yet people seem happy to hand over their freedom of choice… and it baffles the shit out of us.

We see war and anger and strife, and how people treat each other, themselves and nature so badly… and it’s making us want to pull away even further from them.

People cannot see until they can see - and we know that, because we were one of those people once upon a time.

That doesn’t mean that this is easier for you to deal with though, because the way people think from inside the personalisation of Ego is just tiring when you’re no longer in it.

There are no hard and fast answers yet… thoughts are coming through to all of us in bits and blobs.

So we’re going to unpack this one in layers… and this is layer one.

Once we’ve done comments, the next layers and unfold and we go from there.

It’s okay to not know where you want to go or what you want to do next, and we’ll unpack this one together.

Your soul is my soul - and we’re in this one together.

So you know the drill… comment and we take it from there.

Post is on my public profiles if you want to share or are brave enough to comment openly, otherwise feel free to go the closed group of your choice :)