Converting someone to your way of thinking or faith by conversion 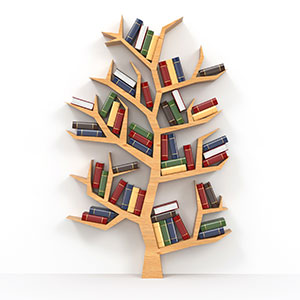 Converting someone to your way of thinking or faith by conversion

The whole idea that you automatically want to convert someone to your way of thinking because you're spiritual is somewhat annoying.

As is the idea that you want to change someone's mind just because you're talking to them.

Also, I find people glamorize their journeys, because it is the most exciting thing that's happened to them.

For the most part, I find us deeply spiritual types are pretty happy to stick in a little world of our own, happy in our personal woohoo land.

We have no desire to convert people or convince them of a way of being; mostly we just want to be left alone.

We do tend to welcome others who have seen what we have, because we crave to share our experiences.

But we want to share it with people who already know, who have walked that path for themselves.

Ego's self importance and focus on parallels (competition), creates this concept that people want to convince you.

Why? Because two layers of thought in agreement create reality.

But past a point of truth, when the world can no longer validate you, and it's between you and God alone, you don't need that agreement of thought anymore.

You know what truth feels like, so you don't seek validation.

There's no joy in debate or changing someone's mind, because it does nothing for your journey.

There's no joy in the debate either... you run around in circles, as the person tries to trip you up by pointing out errors that they can see in the details. Details that aren't designed to make sense alone.

But by this point you understand it's not about the details... it's about seeing and balancing the dualities to create a complex big picture, that is layered.

Ego is exhausting once you're past a certain stage, and that point debate becomes about learning.

We have hot and heavy learning debates and we talk about big stuff but we learn and grow.

I put out these posts for those people - people who are already growing and want to grow even faster because I happen to be good at finding shortcuts.

But I see no reason to convert someone at a lower level to my way of thinking.

I cut off lower vibration people quickly now. I remind myself all the time:

We want only WILLING participants. We do not seek CONVERTS.

People will come to God automatically in their own time - so allow your natural progression to evolve into not wanting them around if that happens.

Even if someone commits to a journey, they have to keep recommitting every day. It's an ongoing free will choice.

Leave the doubters with their doubts - and live well.

Every big soul who we raise in vibration makes more positive impact on the morphic field than one newbie convert.

Eventually the impact of the morphic field will be so huge that they will automatically begin to move closer to God because the baseline vibration of the whole field is changed.

Focus on growing you. Focus on feeding your soul.

The debates and engagements that leave you feeling stronger and having had learned, those are the sunlight, water and fertilizer.

Those debates where you feel like you're sidestepping and dodging and you're only feeling challenged - graciously step aside; even if it means letting the other person win.

We are in such a special time of growth and understanding right now - don't waste it on useless anger and people who are arguing with you because they are too lazy to do the work to believe themselves.

You don't need to change anybody but yourself to make the world a better place.