Coming back down to earth 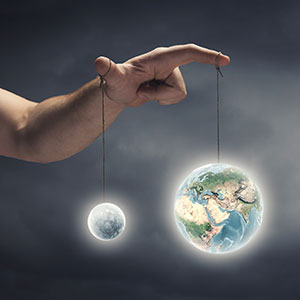 On 8 August 2016, we saw Lion’s Gate Portal, a release of the cosmic unity energy onto Earth’s plane.

Since then however, for spiritual peeps around the world, there has been a sense of coming back down to Earth, hitting reality and feeling decidedly human again – after years of being on a non-stop spiritual surge.

Did I really do that?

There are probably a number of things you’re looking back on over the past 2 to 5 years, and wondering: was that really me? Did I really do that?

It feels a lot like part of your life over the past few years was totally outside your control – and actually it was.

The first reason is recursions… small parts of the original primordial creation story that get repeated throughout your life, and in lives around you. As you play out this pattern and reconcile it, you release that energy up to the cosmic level, contributing towards the energy that is the urge to ONE-ness.

So every time you play out a recursion in your life, you make a small donation towards the drive to return home, cosmically at least.

One of the things about Unity Energy is that it is going to change the way we experience stuff – our lives in fact.

So this means things like you will no longer be able to heal completely on your own, or a part of your life will be lived ONLY playing out recursions. The only point of those (sometimes painful) lessons will be the contribution you make to the cosmic drive to return to ONEness.

In a way and nutshell, many of the decisions you made and paths you took over the past few years truly weren’t you, and as you suspected, it was entirely outside of our control.

Luckily, with the end of this first big part of the shift, things really look to be getting more positive and gaining momentum over the next while.

Still, we may have some messes in our lives to clean up, and from the outside it may even look as if your life has been totally devastated.

Those of us who are Messianic have had moments where we regretted our decision over the past few years LOL…. come to Earth they said, Ascension will be fun they said. Yeah right ;)

Still, we’ve made it through, and we’ve learned a few lessons along the way:

One lesson that took me a while to see, but had that bittersweet ‘obvious’ taste that lessons tend to have, is that even thought there was not a death or crucifixion, a life (lives?) still had to be sacrificed.

If you’re looking back on your world and it feels like you’re completely starting over and sacrificing everything to move on, then chances are good that your life was one of those sacrificed for the cause.

It’s not so nice when there isn’t the glory and fame to go with it hey? LOL, maybe Jesus got a better deal after all ☺

Adapting to this brave new world

There is no doubt that people have grown, and the growth surge among the already aware has been staggering.

You need only look to the openness with which energy healing modalities are being adopted mainstream to see this at play. But sadly a lot of people have stayed stuck… REALLY, REALLY, REALLY STUCK in their old 3D models and ways of thinking.

And there seem to be many of these types in the human world we now need to integrate ourselves back into. In many cases, the dichotomy is extreme.

What masks are you having to wear?

The basic principles of healing we all know: you get smarter, clearer, more focused, more healthy, more confident, less attached, less fearful as you rise up the Human Consciousness Scale (http://lifecoachestoolbox.com/index.php/the-human-consciousness-scale).

As the people who are often labeled the smartest, loudest, brashest, most forceful and overbearing people in the room, we also know that there is a problem with being too smart, too clear, or having too much knowledge. It elicits mirrors in other people, and they project those emotions onto you.

Similarly, the paradigm blindness secular people have to the world we see makes it extraordinarily difficult to even begin explaining the understanding we have to people – most often they don’t even have the baseline knowledge they need for us to give them the vocabulary to begin talking about it.

So chances are good that you’re feeling a bit like you’re fitting your elephant-sized soul into a shoebox right now, and the balancing act is difficult.

Take heart that it should get easier over the next few months and years.

Part One of the Shift is OVER

This big energetic stage is done for all intents and purposes and we can settle back into a bit more normality for the foreseeable future.

What happens long term is for grabs still, because it is going to depend on how people integrate and apply the unity energy.

So look for opportunities to push the unity agenda in real life, and be part of the active change that will create the world we all want to live in.

We’re going to have a bit of a break now it looks like, in terms of crazy shifting at least, but during this preceding time we’ve all found each other, and we can use each other to support and grow our souls going forward.

Join a community, like the Advanced Lightworkers Discussion Group on Facebook (https://www.facebook.com/groups/LightworkersDiscussionGroup/?ref=bookmarks), or a local community or another social media group.

What’s important is that you have a space where you are STILL able to FREELY express yourself and your whole soul. That is going to be key to keeping you sane and balanced over the next months.

Support is and will be around I promise, and this is OUR TIME now. So let’s all be an active part of speeding up the integration of the energy so that we can experience the world we’ve always expected to live in.

There are great things coming, and this is our blank canvas to create a magnificent world with.

The time to come out of hiding is here.

Beautiful souls, beautiful butterflies…. transformation is over - it’s time to spread your wings.