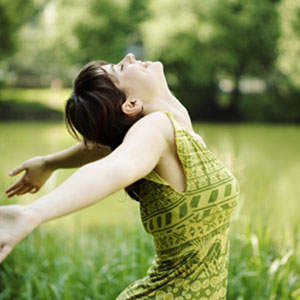 What an incredibly powerful and healing day yesterday (16 May 2017) was. In the space of an hour, we reconciled 17 years of pain, abandonment and misunderstanding and achieved a complete forgiveness release among all the parties involved.

Yes - in an hour, really. Then we went out for milkshakes as a family.

In a nutshell, Angelica's dad left when I was two months pregnant. I went through a fair bit of hell and raised her alone.

I begged her dad for years to be involved in her life and he wouldn't be. Then they briefly met just over three years ago, and that meeting ended in significant trauma for all the parties.

Last night was the first meeting since then.

Process was amazing... we started with the prayer to dedicate relationships to holiness, as we'd already all discussed this and I'd reinforced that we would achieve forgiveness in this session. That's the intention and outcome.

Then I kept reinforcing the fact that this will result in forgiveness. Then I ran everybody through the 6Ps of ego, and explained ego.

I gave examples of the 6Ps of ego:

So once everyone understood the 6Ps (a few minutes, keep it simple), we decided to go the route of breaking privacy by saying the most difficult thing first. Using the words and not skirting around the issue.

As each person said their piece, I gave lead in statements like "I feel..."

Another question that helped is how did this help you grow and change? How have you become a better person?

Then I got each of us to do healing statements based on family constellation. Statements like I accept you as my father/daughter/brother/sister.

Everyone also did the Ho'oponopono forgiveness release statement face to face, looking each other in the eye:

I'm sorry, I love you, I forgive you, please forgive me.

Each of us got a chance to say the stuff the most important to us and the one thing I did stop was going into the whys. When the excuses started I just asked: is it important for you that we know this or can I suggest another direction?

What came out of that as a statement is:

It doesn't matter what was done, it matters what we choose to do going forward.

I then got to introduce my daughter to her father with the statement I would like you to meet our daughter, Angelica.

We've agreed to do a video for group discussing the healing process and that will happen when the energy settles for me. Still vibrating quite a bit lol.

The template is above - and if you keep a cool head you can do this. Videos are coming and we're gonna blow this forgiveness stuff out the water!

This was amazing and the release is extraordinary. Even if this wasn't such an amazing teaching opportunity, it could still easily be one of the biggest moments of my life.

Forgiveness abounds. This is one of the biggest parts of the job.

Whether you facilitate absolute release for yourself or others, it collapsed future karmic events, cleaning the morphic field and preparing it for heaven on earth.

NOW is the time.

Just get out there, spread the light and make this happen!

If I can do it - publicly - then so can you. You have nowhere near the privacy boundaries to break that I do LOL.

You can do this - and let us know what you've done and released if you're brave enough. Show others what it is possible to release and how easily it can be done.