What it means to be an empath 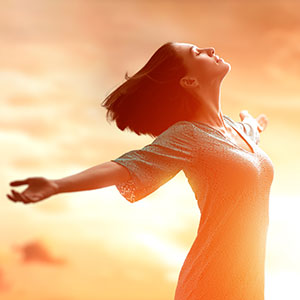 The word empath is a hot trend in spiritual and personal growth circles, and we have an idea of what an empath is… but what does it mean to be an empath?

So yes… don’t know if you’ve all heard, but there’s this shift and awakening thing going on around the world. Have you noticed that?

LOL I’m sitting here with a massive grin on my face because I know for a FACT that you’ve noticed it if you’re an empath. And it’s been a pretty bumpy ride the last little while hasn’t it?

So why is that actually? Why has your personal journey been so hectic and what is the point of all this empath stuff?

What sets empaths and lightworkers apart from most people is our ability to bounce back from pain and traumatic experiences.

Simply watching any of the famous serial killer detective shows will testify to that – almost every serial killer has a story of abuse, abandonment, rejection, hurt and trauma behind them.

What distinguishes you, as an empath, is that no matter how much pain is aimed at you, you always bounce back.

Yes you may get angry and you may be held down for a while, but almost inevitably you will bounce back – you won’t still be living this pain actively five or ten years from now, and you won’t let one negative event stall you for your entire life.

There are many emotionally weaker people in the world who would simply have given up hope at just one of the trials you’ve faced in your life – in fact, many people will stop their whole lives as young as their 20s, living an empty shadow of existence for the rest of their days.

Not you. As an empath you have strength, tenacity and resilience.

So the downside of your strength, tenacity and resilience is that you’re going to be given extra load to carry.

Basically, each empath acts as a pressure release point for a hive of people they’re connected to energetically. Each of those normal people, who don’t have the emotional fortitude to carry their own load of emotional shifting, sends their load to you to release.

So you know that feeling where you’re ‘feeling’ the emotions of the people around you? That is literally their emotional stuff pouring into you via the morphic field, so that you can shift it on their behalf.

A LOT of stuff to shift

This is also why your life seems to be that much more hectic and hard than anyone else’s – on many levels it actually is.

So the second lot of bad news here is that the better you are at shifting, the more load you will carry to shift. This is why your growth journey feels like a never-ending treadmill at times, and why it seems like you have to shift something from every single possible angle that exists.

So yes, you are absolutely right – your life does get more crappy and complicated after you’ve been around certain people, because they unload more of their energetic stuff onto you than anyone else.

The fastest way to lighten the share of the load you are carrying energetically is to get out there and help people.

The reason we’re shifting stuff through empath release points in this manner is because this is one of the major ways in which we are going to change the world energetically. This is probably one of the biggest energetic clean up processes the lightworker mission is undertaking.

Your entire system as a lightworker and empath is designed to shift load on behalf of others, so when you take conscious control of the process, there is less need for it to occur on an energetic level in your life.

By taking time out to help people, perform random acts of kindness, talk to people, connect with people and ease their pain and loneliness, you will be carrying a more active share of the energetic load, and the symptoms you’re experiencing in your life should clear up pretty rapidly.

If you are doing work like this and aren’t experiencing much relief, then you need to look at self-esteem and self-worth issues, and any feelings that you need to be punished or you aren’t doing enough.

Carrying a journal in which you list every single good act you perform will quickly help show you the entire picture of who you are, which can go a long way towards you lightening the load of pressure you put on yourself.