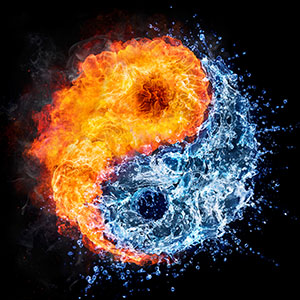 Do we have more than one Twin Flame?

This is a common question right now - do we have more than one twin flame? The answer is yes.

The old idea that there is only ONE individual born that fits the bill is 3D thinking. That's what 3D/4D was about, the peak of separation of the individual, with a soulmate.

But after you're complete, there's nowhere to go. So the next layer can only be to be a part of something again. This is where the twin flame recursion arises.

At the top of 3D we reach the peak of separation, what ego would do, then in 4D we're meant to go to twin flames and in 5D larger groupings and communities.

We skipped 4D however and the twin flame aspect of the Jesus story. So we never really went through the evolution.

At this time, twin flames are here for two reasons: one group is here to restore balance on earth by creating love through the release of zero point energy, and the second group is here to express unified love, so beginning the process of unification at a cosmic level.

So creating love twin flames are often runners and chasers.

At minimum you have one of each so that you have the right match according to your personality. This is because free will is always there and you choose who you become, so all needs are catered for.

Likewise flames may die and we couldn't afford that this time around, so we sent lots of backups. Yet others become twit flames and can't get their shit together.

We sent enough backups to try and ensure that every flame who is awake could find a partner - because the mission is more important than anything.

We NEED flames on the planet for both energy mechanisms right now, clean up and unification.

You want to hold onto this idea that there can only be one special person but that is very 3D thinking. We're moving to equality.

You do have more than one flame. There will be certain flames you bond and connect more deeply with but that will be a result of who you have chosen to become here.

Also the mirrors and karma you share, as well as intensity of your path, and how you reacted to loneliness and privacy and honesty will determine how closely you bond.

Importantly though, if you have left a flame, you will find others. If you keep believing there's only one, that's what you'll get too though.

The universe has plenty of backups, and souls can be split so much by Ego that it is entirely feasible that every single one of us on the planet right now comes from the SAME twin flame.

Souls can be joined together to make larger souls - a Christed soul has 144,000 aspects for example.

Each time you reach a new level of awareness, or feel like you've surged to a whole new level, that's a soul aspect waking up.

Sometimes people you meet are twin flames of only your current primary soul aspect. The highest level awake aspect is always most in charge.

You are going to have multiple twin flames around - platonic and romantic. Kids, business partners, friends.

The pure focus on a single individual made to meet your romantic desires is PURE Ego and a Ego trap.

Basically your whole life is going to be twin flame relationships eventually because it's just a evolutionary stage. Each stage sees bigger groupings going up.

So twin flames go via the evolutionary route of physical creation - they transcend.

Ascension means leaving creation and returning the energy you carry to Source at 12D.