The Creation & Unification Story for Lightworkers 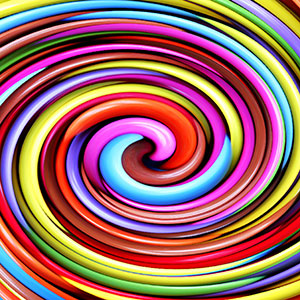 In the beginning there was All That Is. And it was complete.

And then, in a moment, All That Is became aware and said: I AM.

In that moment of I AM, All That Is was filled with wonder and awe and shouted in ecstasy: I AM THAT I AM!

And All That Is wanted to know itself, so it split into two:

At first, this duality didn’t matter, but in order for the creation cycle to complete and for all the essence of soul to be unified and re-assimilated, this duality of control and inequality – what we call the dark – had to play out too.

Understand here that this means that even the dark is holy, and it’s a part of the natural cycle that we return it to light.

At first, and for a long time, Eros and Erotica came together in Holy Union, and from their Divine Marriage sprang forth the orders of creation, beginning with Deities, Devas and Angels.

Each new order of creation was similarly imbued with the ability to spring forth its own creation born of love, and so the many layers and orders of the universe and reality were created – until it was time to begin the return journey.

At this time, the balance of the original duality needed to be played out.

And so Eros became restless in his need to play out his part of the creation and unification story, and in his restlessness Eros came to resent the responsibility of the creation that he had born with Erotica.

Eros left Erotica and abandoned his creation, but he took with him souls from the home of souls – Nineveh. Among those souls was the essence of one of his daughters – Gaia.

Eros took Gaia as his mate and created Earth plane – a plane built separate to True Creation, in order to play out the balance of the dualities of control and inequality.

Earth plane was also created as a peak of the energy of separation and individuation, with this plane being the only place where you know yourself as an individuated being, with your own accomplishments, sense of identity, private thoughts, secrets, privacy and more.

At first, Erotica chased Eros, and in her pain our knowledge of abandonment, separation and loneliness was born. This was also the birth of the energies of expectation, desire, sacrifice, loss and surrender.

After some time of mourning though, Erotica surrendered to her fate, accepting her lot, and took as a mate Eros2 – her son with Eros. Through her loving sexual union with Eros2, Erotica sends out the vibration that maintains all of creation.

Erotica’s surrender and acceptance energetically then begins the first push-pull of the duality between them – the duality of separation/individuation & unification/unity.

Because the energy in Erotica changed, this triggered the polar response in Eros, causing him to want to return to True Creation and the union with Erotica. In addition, Eros realizes two things:

And so Eros returns to Erotica, and many among us from True Creation volunteer to return to Earth plane to teach the new lessons, bridge to 5D and return the planet to True Creation.

When Eros returns however, he is jealous to discover that Erotica has taken Eros2 as a partner – he feels jealous and possessive and abandoned by her. This is the birth of mirrors and the process of Mirrors of Relationship – the energy or essence that created the process. As with any mirror, Eros projected his guilt onto Erotica, applying the characteristics to her.

Eros and Erotica reconcile however, but not before Gaia and Eros2 play out the first recursion (a smaller energetic repeat of a part of the creation story) of Erotica’s chase and surrender.

At first, both Eros2 and Gaia chase their former partners, but they choose to surrender to their loss. In their surrender they are re-assimilated into the whole of Eros and Erotica respectively, and so they land up with the very partners they had to surrender and give up. The problem is the solution.

At this point, the creation story will complete itself as Eros and Erotica once more come together in complete union, becoming one whole.

Here the holographic and cyclical nature of the universe will kick in, and once again All That Is will begin the infinity of the individuation and separation process.

Or All That Is may decide to remain whole and enter a new dimension as an individuated being that will become part of a greater collective.

Or All That Is will decide – has decided – to do both.

Because Earth plane is created under the rules of control and inequality we have imbalances of energies on this plane.

For example, we have the idea that one being can be more important than the other, or that you can put in a little bit of work and get a lot of return. It even affects unconditional love – because the idea of unconditional love was only created to feed narcissistic love – a peak of the control, force and power energy that plays out on Earth.

This means that there are new spiritual lessons on 5D that change the face of spirituality on Earth as we know it. For example attachment doesn’t exist in 5D – you can’t be attached when you are always connected. As you move higher up each dimension, you become more and more connected, until you are completely unified, returned to All That Is.

A lot of what we’re battling with in this transition is these new 5D lessons entering the morphic field – it’s such new information and ideas that to birth it is extremely difficult.

Because of the imbalance of energies that existed when Eros paired with Gaia to create this plane, the bodies here are too masculine in their expression of everything – that’s why so much of the lightworker mission is being fought on the LGBTQ front. Basically Source has placed feminine energies inside these masculine bodies to try and restore the balance of feminine energy so that the planet’s DNA (all beings) can be returned to True Creation.

If you look at the creation story, the little pieces of it (recursions) are many of the issues we’re facing on Earth and in our lives personally.

As we play out each recursion, we release a bit of energy that helps heal it slightly. Collectively those energies will combine to heal the entire part of that story, and it will be completed and we will be returned to All That Is.

Earth has it’s own interesting set of recursions:

Lessons from the Creation Story