This five point acupressure circuit will help your body to fight against feelings of negativity.

The purpose of the technique is to stimulate all five acupressure points through touch, so that you are aware of them all at the same time once you've completed the circuit.

On the first application, press each spot firmly, but not painfully, for about five seconds before moving to the next.

Don't be afraid to re-stimulate a spot that you do not feel afterwards.

Once all five spots are similarly sensitive and you're aware of them, cycle through the entire circuit three times, stopping for a second or two at each acupressure spot. Remember you're aiming to feel all five points activated at the same time. 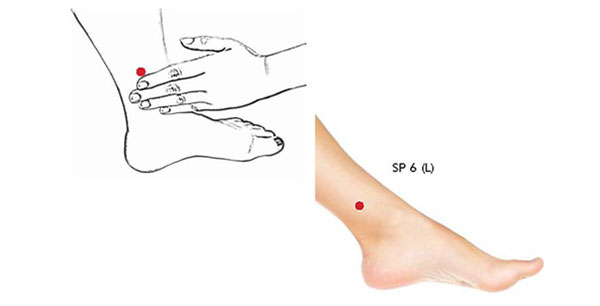 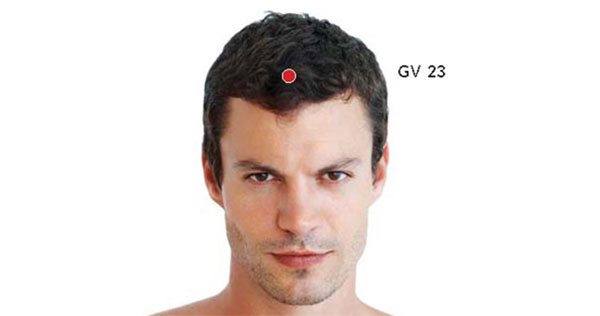 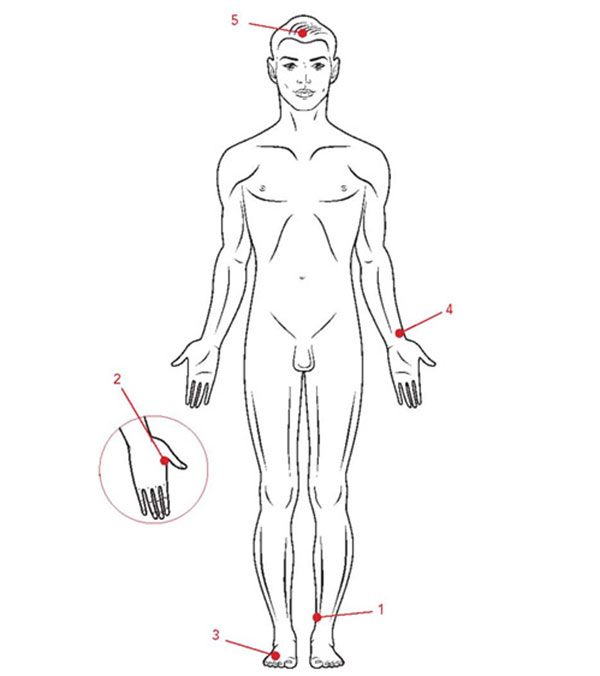