4 responses Jesus would get if he was alive today 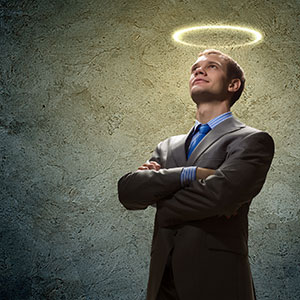 Even if we don’t buy into the religion, we know the historical story of Christ and his life, and we often make the mistake of assuming he was popular then because he’s so well known now.

The truth is that Christ and his ideas were pretty disliked – he was physically nailed to a cross: that’s not something people do to you when they like you lol ☺

As someone who adopted a spiritual path early I’ve seen this on a smaller scale: people tend to distrust what they don’t know or haven’t experienced, and for many the spiritual experience remains a complete enigma.

So it got me to thinking: if God and the powers that be decided to answer all the millions of calls for help and send a new savior and messiah, what kind of welcome would that person get from the beings on earth? And what would life be like for that person while they were still developing, evolving and growing - before they had all the powers that come with the mantle?

Imagine for a minute that a new person arrives in your school or office and you feel attracted towards them, so you go over and start a conversation, and before you know it you’re chatting away wildly, having a ball. And then the bombshell drops: I’m here to save the world. I’m the new Messiah.

Like everything in life, arrogance is subjective view – but honestly what’s more arrogant than saying you’re the chosen son or daughter of God? Well I suppose saying you’re God.

Even if you express a Gnostic view of I am at one with God, an aspect of God, people find that hard to stomach. So how quickly would we label as arrogant someone who claimed the title of Son of God and had the courage of their convictions – debating and arguing their view, even if you haven’t seen miracles and outward signs yet?

It’s very likely tied to our pervasive lack of self worth, but as humans we seem to have a very difficult time accepting that we could or can be truly great, monumentally great, with our names remembered through the ages.

So it stands to reason that anyone who was convinced of this for themself would seem insane, delusional and grandiose. In fact, even our movies usually show the typical insane guy as claiming to be the Son of God.

You can definitely bet your bottom dollar that any messiah would be classified as a rebel.

The very notion of a messiah or prophet in our ideologies is that they have brought with them a new way of thinking and being – something entirely different from what is known now. People tend not to handle different very well.

Like they don’t like change, people don’t like people who press their buttons, challenge their thinking, discard old ideas or refuse to play by the rules. But in order to get your mind to a point where you are delivering entirely new information to the world, information that has never been thought before, you’d have to be someone that refuses to be limited by what they currently see.

You’d have to push the boundaries far past what even the smartest men currently know, and deliver something entirely new.

I’m really on the fence about education and the value we place on certain types of education, because we’re fast reaching a point in society where knowledge is only valid if you have a degree. That being said – there’s no university to become an Ascended Master.

The school of hard knocks is where you take your course for this, and so you can bet the next Jesus will be asked where he or she learned all this. What qualifications does he have that entitle him to espouse this information?

As humans, we tend to think of ideas like intuition as being reserved for a special few – and definitely not us or anyone we know. So how would you react to someone who claimed to know everything, but didn’t have the degree to back their knowledge up?

It’s an interesting thought to consider what the new messiah would be like, because it would obviously change according to the needs of the society the messiah is called to.

In the time of Jesus, miracles were about healing the physical body, because what they lacked at the time was modern medicine. Today’s miracles would be a lot different however: we want relationships to be healed, money situations, forgiveness, and more.

Likewise our messiah – could this be someone with a squeaky clean past?

Considering the amount of skeletons many of us have in our closets today, could a new messiah be someone who is picture perfect, or do they have to have a life of trauma and scandal behind them so that everyone can believe they can be saved?

The very point of a messiah is that she inspires hope that your salvation can be achieved – would you be able to believe that if you had a dodgy past and the messiah was picture perfect?

I’d love to hear your thoughts on what a new messiah would be like or what you think he or she might experience in the comments below.